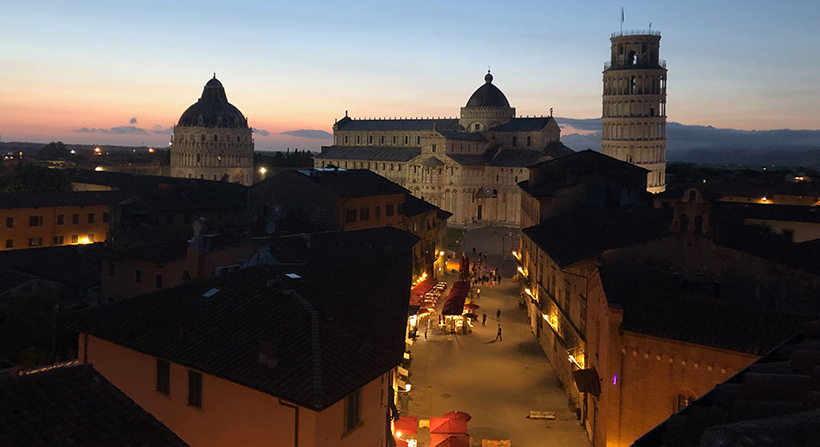 by extrabyte
in Blog
Comments

The meeting is bi-annual. It started 22 years ago in Torino (Italy) and was initially held there, for several years. Later, however, it became itinerant, though remaining prevalently European. It is a small, highly specialized meeting, typically counting around 100 participants.

This year it was held in Pisa (Italy) and the participants count was 90, coming from 22 Countries (!).

Comparing with some previous meetings attended by Stan, the impression is that there is now a bit less preoccupation with the often complex relaxation theories and a growing accent on the expanding number of practical NMR relaxometry applications.

Stan has presented a lecture about the expected (and corrigible) effects of FFC sequences on the relaxation times distributions in poly-dispersed (continuous and/or discrete) samples with differently relaxing components. The title of the Talk was Field Cycling Relaxometry Of Polydispersed Samples: Some Special Aspects and the respective slides can be downloaded from the DOI link https://doi.org/10.3247/SL7Nmr19.003.